This is another post in the overall assessment of the impact of Covid on schools in 2020. It is based on an interview with the Chief Executive (Rick Persse) in April 2021.

There is no doubt in the CE’s mind that the Department performed in an exemplary manner in its handling of Covid-19 in 2020. In his assessment, both the Department and the system of state schooling for which it is responsible emerged from the pandemic in stronger positions, with increased support from the State Government and the wider community.

From his perspective, with overall responsibility for the system, the CE was aware from the outset of the critically important role that schools would be required to play. He pointed to the 200,000 children and young people for whom the Department was directly responsible and, of course, the families behind them. Together, this cohort represented the single greatest concentration of people in the State and it was apparent that it represented some form of ’critical mass’ that the Government had to be able to work and communicate with and, in effect, ‘win over’ and ‘rely on’. How the Department and its schools presented themselves, performed and, importantly, held the community together were to prove critically important to the overall success of the Government’s strategy.

The CE worked very closely with the other key government personnel, agencies and departments, including Health and SAPOL. He rates the level of expert professionalism across these bodies and the quality of the communication and collaboration between them as additional reasons for the overall success of the Government’s response. Indeed, commentators generally have spoken very positively of the work undertaken by multiple branches of the public service and noted that more traditional and generally unflattering perspectives of the public service, previously common across all branches of government in Australia, were replaced by expressions of appreciation for their work and confidence in their advice and directions. It will be interesting to chart how this more positive perspective lasts into the future.

From the outset the CE insisted on a system response. Indeed the very nature of the pandemic required such an approach. The speed with which events unfolded, the ever-present potential for matters to become far worse, very quickly, and the pervading sense that there had to be decisive and consistent action taken, all meant that the community accepted the need for clear leadership from the top. Ironically, in a school system that is constantly preoccupied with ensuring that there is a two-way flow of information, leadership and collaboration between the centre and individual sites, the pandemic served as a reminder of how, in some extreme circumstances, systems operate most effectively when decisive leadership is taken by the centre. Put another way, as confident an individual school or site might have been, there was no way that it was ever going to do its own thing or make a one-off, individual response to what was happening. It was clear to everyone, including all principals, that there had to be a single, consistent, clearly articulated and centrally supported response, and that in this instance the responsibility rested with the Department.

The CE also noted that because there was such single-minded direction from the Department, the other two school sectors were more than happy to accept the Department’s lead and commit to the same protocols and strategies. Significantly, this meant that in SA there was a single education response. On this point, the CE pointed to a high level of background, and often unseen, collaboration between the three sectors. He noted that – again, because of the its size, its access to resources and its ability to make significant decisions very quickly – the Department was able to provide urgent, material and other forms of support to these two sectors.

The CE had an interesting way of describing the basic approach employed by the Department. Essentially, it was to carry on in a calm, confident, purposeful manner. He said that at a time when then CBD was being emptied it was the Department’s responsibility to stay present and focused; and schools, by and large, remained open. He described it in terms of how … “when everyone else’s hair was on fire, the Department’s policy was to be calm and measured.” He described the response as ‘classy’.

Specifically in terms of providing direct assistance to schools – even to the extent of the Department’s personnel driving to country locations to deliver supplies of hand sanitiser to individual schools – the CE noted that it was an opportunity for the Department to ‘live the rhetoric’ whereby ‘we work to support schools and pre-schools’. He is certain that schools were actively and directly supported by the Department.

The CE also believed that the Department handled the politics of the pandemic effectively. The political reality, of course, was that ‘handling the politics of the situation’ meant, effectively, keeping politics out of it. If there is one reality that the past 12+ months of the pandemic have shown, it is that when players, at either state or federal level, try to score political points from some situation, promise or action to do with the pandemic they inevitably come undone. The AEU attack in April 2020 on Professor Spurrier was something of a classic example. It was an extraordinary ‘own goal’ and brought condemnation from all sides of politics. The CE described the incident as more of a misstep and, in fact, argued that it was not supported by the AEU leadership. He also noted that there had been a productive relationship with the AEU over the course of 2020. Arguably, the important observation here is that in Australia generally, education and schools, and particularly the various state systems, came through the pandemic with virtually zero claim that they had been used for (party) political purposes or that policies and practices that covered the schools were somehow politically driven. It was noteworthy because of comparisons with what transpired in other jurisdictions, most notably in the hyper-partisan world of the US.

In terms of significant consequences coming from the pandemic, the CE noted that teachers generally had emerged from the crisis with an elevated status in the community. The highly professional way that schools operated over the period of the pandemic was certainly responsible for this change. There was a pre-existing high level of confidence in schools which made it easier in the crisis situation. At the same time, the CE observed that in normal times …”people like to chip away at ‘tall poppies’ whether it is the local mayor, police, principal – those in positions of social authority – but then when everything is turning to custard, the community goes back to basics and looks for whom to trust.” In this instance, he believed that … “families had to re-assess whom they were going to trust. By and large they put their trust and confidence in the people who held those positions of social authority – the police, local representatives, GPs, principals and their child’s teacher. They looked to schools for direction and structure.”

Additionally, even with the briefest exposure to home-schooling, parents gained critical insights on the true nature and inherent demands of teaching. Virtually overnight, there was a more realistic and grounded appreciation of the teaching profession. On-line learning was no simple alternative to face-to-face teaching and, moreover, supporting their children’s on-line learning proved very challenging. As indicated, the SA experience in this area was limited, but other jurisdictions where various forms of remote learning were required for extended periods – for example, Victoria – demonstrated just how challenging, on any number of levels, home-schooling turned out to be and how it added considerable pressure to many families. The CE made the point that the pandemic provided a … “massive opportunity for those in the community who had accepted the false narrative of teachers in cushy, cloistered jobs who were out of touch with the real world, to see the real truth of what contemporary education involves.” Such people were able to see … “why it [education] is so critically important and just how hard teaching, as a profession, is.” He added, ironically, that … “home-schooling was a great teacher for so many parents.”

Specifically in relation to the experience of home-schooling, the CE noted that the pandemic had highlighted the absolute importance of school-based, face-to-face schooling. He observed that … “home-schooling is better than nothing but it is no substitute for professionals in dedicated environments.” He further noted that it was even more important in a system that was mandated to address educational disadvantage. There are so many additional, but often unacknowledged and even unobserved, outcomes associated with state schooling beyond achievement in terms of the (academic) curriculum. The pandemic threw all these complex realities into sharper focus and highlighted the many essential roles that schools play in our contemporary society.

The CE specifically and individually acknowledged the role of those principals – and pre-school directors – who had been directly involved with school closures, ‘deep cleanings’ and even medi-hotel quarantine. He complimented the individual principals – Woodville High School, Roma Mitchell Secondary College, Mawson Lakes School and Preschool, Thebarton Senior College, Henley High School, Pennington School R-7, Renmark North Primary School, Kingston Community School, Unley High School – on the quality of their leadership, communication with the school community and their calm, no-nonsense approach. Finally, he acknowledged his debt to principals and leaders right across the system and said he was impressed by the way … “principals unprompted stepped up at the time plenty of others were stepping away. They stepped into the space, which is what leaders do, and carried themselves with poise and grace.”

Overall, in the opinion of the CE, the state system of schooling in SA emerged stronger from the pandemic. It responded to and managed the crisis as a system; and the professional quality of its response underpinned the overall success of government strategy. Additionally, there was an increased and more informed understanding and appreciation across the entire community of the intrinsic value of state schooling and the critical role performed by the teaching profession. 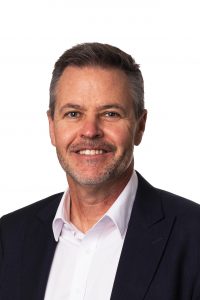 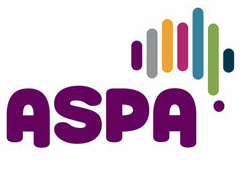