Tony Green graduated from Adelaide University in 1977 with a degree in Geology and spent the first few years of his professional life working as a geology teacher at Cabra College. He then worked as a geologist for Esso in locations as diverse as Bass Strait and Barrow Island. His first teaching appointment with the Education Department was Norwood High School in 1982. After a short stint at Para Hill HS (1983-86) he began a series of country leadership appointments and most of his principal appointments were in country schools, including Roxby Downs, Leigh Creek, Ernabella, Cowell, Whyalla and Port Lincoln. Metropolitan high schools, as principal, were Heathfield (1996-2000), Blackwood (2001-2004) and Willunga (2016). He was a principal for 25 years across an incredibly diverse range of metropolitan and country schools. His longest period of principalship was Port Lincoln, 2008-2015. He also served for a time as a superintendent. Few principals in the State have had such a rich history of school leadership.

When asked about the most challenging period of principalship over such a varied career, Tony had no hesitation in identifying the first few years of his time at Port Lincoln. He recalled his first assembly there and how it brought home to him the enormity of the task before him. He remembers, vividly, how at the end of it he made it clear to both staff and students that there would never be another assembly like it, as long as he was principal. The school he had taken over was attracting considerable attention, both in the town and even across the State, for all the wrong reasons. Fortunately, few principals have to face such a challenge. And, fortunately for Tony, he was not a beginning principal.

Tony’s account of how he tackled the issues at Port Lincoln is highly instructive for anyone who ever finds him or herself in the same situation. It also says an enormous amount about the role and power of the principal. There could have been a range of strategies employed and different principals would have tackled things differently – with different priorities in different sequences etc – but, from his perspective, Tony believes he succeeded because he had such a clear idea of the principal’s authority and role. He understood the importance of the carefully constructed persona that the principal had to project and he also understood how important it was to appreciate the way the staff, students and parents saw the principal. Reduced to its basics, he understood the nature of the ‘drama’ which he had to script and direct. Interestingly, he referred to all this as the ‘narrative’ that he, as principal, had to ‘tell’ the school community.

In this narrative there were some absolute givens. His role as principal was to change the school and he would provide the leadership but he could not do this without the support of the staff and they had to work with him. As principal he would be the ‘face’ and ‘voice’ of the school in the local community. He would defend and promote the school but, again, he needed to be supported by the school community and, in particular, they had to agree that the school would become more open and responsive to the wider community. Also, it was a non-negotiable that the students, all students, had to be respected.

No doubt the narrative changed over time and different emphases applied. However such variations were not as important as the fact that the school community knew that there was a narrative, that it came from the principal, that it was emphasised constantly and that, at its centre, it promoted fundamentally important educational and ethical values.

In terms of specific strategies to support the narrative, there was a focus on improving relations between the principal and the staff and also amongst the staff themselves. The confidence of the staff had to be boosted. In particular, building the confidence of the younger staff in the school was a priority. It was a school where ‘old hands’ set the tone and held the power. In terms of decision-making, Tony saw that the old style, staff meeting was not working. The agenda was fought over by factions and if outcomes were produced they were not capable of providing direction. It was also a hostile and negative experience for people. He moved to smaller meetings based on curriculum and level of schooling and found that more staff became involved in making decisions, the decisions made were of higher quality and there was increased support for the decisions taken. At the same time, a platform was removed for those who were disaffected, angry and determined to maintain their power base in the school. Overall, the strategy reduced friction and antagonism across the staff.

Central to the narrative of school change was the commitment to the students. As principal, Tony insisted that there had to be a more student-focused approach. The staff had to have the students as their first priority. He made it clear that this was a non-negotiable expectation. Alongside this message that student learning and welfare had to shape everything the school did was the deliberate ramping up of the school’s behaviour management policy and practice. From previous experience Tony was able to tell the staff that the forceful application of student behaviour management in the immediate and short term, which would inevitably see a dramatic rise in suspensions and exclusions, would in the longer term deliver a more manageable and productive school environment.

As for the teaching itself, Tony insisted that teachers were accountable for their teaching and results. He insisted on teachers preparing and presenting programs of work. Initially, he found a lot of resistance but he persevered and he believes that this focus on accountable teaching was a very significant factor in turning things around.

As principal, Tony knew he had to set about building the school’s image and status in its local community. Looking back on the time now he realises that the key strategy he adopted, instinctively, was to open the school to its community. There was an increase in the number of expos and other activities. Open days took on an increased profile and the school involved itself wherever possible in local community initiatives. He used his position as principal to build better relations with community leaders and then enlisted them as spokespersons and advocates for the school. Specifically, he also said that he put in a lot of time and effort with the leaders of the Aboriginal community and that he was able to win their support. In terms of improving the engagement of the Aboriginal students in the school he said that he used two key hooks to improve relations. The first was a sports training academy and the second an art program. He found both programs to be very powerful and successful.

Beyond programs specifically designed round the needs of Aboriginal students, he broadened the curriculum and training options available for students across the whole school. He mentioned specifically significant successes in the areas of aquaculture and commercial cooking. The school became a very early supporter and innovative leader in the FLO (Flexible Learning Options) initiative. He also spoke very positively of a mentoring program that was set up with the help of local businesses.

He spoke about the importance of improving the physical condition of the school – buildings, grounds, infrastructure – as a means of improving school culture and, of course, the wider community’s perception of the school. He was passionate about this particular issue and, overall, feels that he had to fight long and hard to make improvements. He found the constant battle with the Department over physical improvements to the school very draining. He was proud of the significant changes he oversaw in the school’s ICT infrastructure, and also the improvements that ICT was able to bring to classroom teaching.

In all this change, Tony was keen to emphasise how important it is to have a supportive leadership team. He admitted that it took several years to achieve this end. He is a passionate believer in the view that the principal should have the power to form his or her leadership team. In situations such as the one he faced, he believes that the ability to create, as quickly as possible, a team of skilled leaders who both share the principal’s overall direction and philosophy and can win the confidence and trust of the staff, is critically important. He said that as leader he has always been committed to succession planning. Over all his years as principal, he supported and encouraged staff to move to more senior positions. He rated his work in this area of training and promoting staff to take on leadership roles as one of his significant success as a principal, in all the schools where he was principal.

This is hardly a definitive account of a principal turning round the fortunes of a school. Also, as suggested, other principals facing the same challenge might have employed different strategies, had different priorities, worked to a different timetable or even interpreted the fundamental challenges and solutions differently. However, such variation is not the issue. What was significant was that the principal, as it were, declared his position and exercised his considered leadership to present and reinforce the narrative of what had to happen, how success was going to be measured and what was expected of all involved: other leaders, staff generally, students and even parents and the wider community. As indicated, not all principals will face a challenge such as this in their professional career but when they do, they need to understand their role as principal: the power and responsibility of the position they hold. They need to be the leader that the situation requires.

When asked about how he as a beginning and younger principal had as it were learned ‘the trade’, Tony spoke of earlier times when the position of principal had been less ‘corporatised’ by the Department. There had been very powerful principals ‘for life’ – the likes of Pat Thompson, Terry Tierney, Margaret Grant and Bill Parker – who were always prepared to listen and offer advice. It was important to know how the system worked, who the key people were and it was essential to work closely with other colleagues. He was yet another retired principal who recognised how important it was to keep everything in perspective and how principals needed to look after their health and protect their private life; but he also admitted that it had proved virtually impossible to achieve these outcomes.

Tony was keen to speak on the relationship between the principal and the Department. He always put the interests of the school and the students first and lobbied hard for both. As a principal this was how he had always operated and been taught to operate by past ‘masters’. He admitted that this behaviour often put him at odds with the Department. He said he was accused of not being a ‘corporate’ person. On the one hand, he found the constant need to fight, lobby, push and bargain very draining and it certainly did not win many friends in the Department but on the other hand it meant that he was always fighting for his school. There is here the interesting duality of the individual principal’s role in an education system: how do you balance the tension between the Department’s ideal of the principal as a senior ‘team player’ and the principal’s view of him or herself as the primary defender of the school’s interests, where such interests might in fact be compromised by the Department itself. At least Tony knew where he stood. 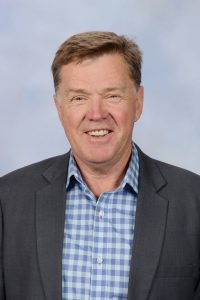